Joe Biden’s Build Back Better World (B3W) proposal highlighted the 2021 G7 summit. The world’s wealthiest economies, especially after facing the repercussions of the COVID pandemic, are in a huddle to counter China’s economic influence. Beijing seems to be playing a better game compared to Washington. The former has gained influence in as many countries as possible by using hard and soft diplomatic powers.

The US dominated the post-war world, and China is relatively new to the game. However, the latter has made great strides in finding allies. Hence, this situation forces the United States to play hard and take action against China.

The June 2021 G7 summit, the first in-person summit since the pandemic outbreak, launched the Build Back Better World initiative. The G7 countries, the major industrialised democracies of the world, have teamed up behind the United States. The objective is to create a positive initiative to meet the enormous infrastructure requirements of low and middle-income countries.

The partnership aspires to coordinate capital mobilisation from the private sector in four priority areas.

The scope of the initiatives is global. It ranges from Latin America and the Caribbean to Africa and the Indo-Pacific. According to official statements after the G7 summit in June 2021, the partners express a unified vision for global infrastructure development.

Since September 2013, since the start of the Belt and Road Initiative by Xi Jinping, neither the G7 nor, in particular, the USA have presented a specific counter-plan against this apparent Chinese expansion. The plans of Western countries in recent years to compete with the BRI have hardly had any effect. So, the question of why they came up with one now is significant.

As China grew its influence in Africa and Central Asia, it was time for the West to offer something more prominent. Looking into recent developments, I feel that the B3W came opportunely. The BRI loans have been falling over the past few years. By the end of 2019, there was a postponement of an estimated $ 20 billion in BRI projects, an additional $ 64 billion put on hold, and $ 12.6 billion cancelled. BRI has also run into several issues with nations like Malaysia and Myanmar. They want to renegotiate the BRI projects to reduce their debt obligations, believing they are unsustainable and will only benefit China.

Other capital-intensive initiatives in Kyrgyzstan, Nepal, Serbia, Sierra Leone, Tanzania, and Thailand do not look good for China. They have scaled back, cancelled, or put their projects on hold. According to the Chinese Foreign Ministry, a fifth of BRI projects might have only moderate developments since they got impacted by COVID-19.

In addition, the Western countries heavily criticise China on the following grounds. First, they charge that the BRI infrastructure is of poor quality and afflicted by corruption, opaque governance and weak environmental regulations. Second, there are allegations that China is dragging developing countries into debt traps. For instance, it took control of Sri Lanka’s second-largest port after the country failed to meet its obligations under the plan.

The initiative’s name comes from Biden’s flagship domestic legislative framework, ‘Build Back Better.’ The message from B3W is that US President Biden plans to revive America’s role as a critical engine of multilateral cooperation in support of sustainable economic development. Biden promises to invest heavily to ensure the US survives the ever-growing rivalry between the world’s two largest economies. He is trying to keep China from overtaking the US to become the most powerful country globally.

ROADBLOCKS WHILE RIVALLING THE BRI

When positioned as a competitor to the Belt and Road Initiative, B3w has significant obstacles and constraints. Three major hindrances include:

CENTRAL DIFFERENCES BETWEEN BRI AND B3W

It is better to have a more open and optimistic perspective regarding the B3W partnership than merely restricting it to the West’s answer to strategic competition with China. Both BRI and B3W differ significantly in scope, funding, and governance. Human infrastructure lies at the heart of the G7’s global development goals. The White House statement, which highlighted the development of health security and gender equity, reflects this. These, in turn, are in line with the other G7 initiatives such as the global distribution of vaccines, decarbonisation, and the expansion of girls’ education. Here, too, B3W emphasised good governance and underlined its commitment to financial, ecological, and social transparency.

Moreover, the partner countries have promised more outstanding commitment to social inclusion, a high level of occupational safety, climate change mitigation, and the fight against corruption. The B3W seems to be less competitive than BRI on a broader spectrum. Since B3W is an initiative of more than a single nation, it holds the possibility to be held to a higher standard. Heightened public scrutiny, higher up-front costs, and longer timelines for projects undertaken make it less competitive.

HOW DID CHINA RESPOND?

BRI being the flagship project of Xi Jinping, it was sure that the Chinese responses would be pessimistic. Media and scholars attributed the initiative to be “empty promises” from rich democracies. They also accused it of being the US’s attempt to reinstate the global hegemonic role.

Nevertheless, the B3W has made China rethink at least a few of the growth models of BRI. The infrastructure-driven development policy of the BRI received criticisms for generating climate and environmental-related risks. However, in response to the B3Ws focus on the environment and sustainability, China is coerced to adapt to the new circumstances.

A case in point, China has decided to “lay great emphasis on green belt and road development.” While addressing the UN on September 2021, President Xi has also announced that the nation will refrain from building new coal-fired power projects in the partner countries.

A more recent development has taken place in February 2022. Wang Yi, China’s State Councillor and Foreign Minister, has stated that China is willing to be a part of the B3W and welcomed the US to participate in the BRI.

The major distinctive factor of B3W and BRI is that it is a multilateral vs state-led initiative. The Build Back Better World has the chance of getting streamlined due to a lack of direct government funding.

The effort must address the identified problems mentioned previously.

To sum up, not figuring out the solutions to these possible issues can hinder the growth right at the first stage. Such can cause the B3W to be likely to follow the footsteps of unsuccessful attempts such as the Group of Twenty and the Blue Dot Network.

Read about the latest military partnership in the Indo-Pacific here!

Born and raised in Kerala, Riya Peter has always dreamed of exploring life beyond a traditional Malayali lifestyle. She has completed her Masters in Politics and International Relations from Mahatma Gandhi University, Kottayam. She is profoundly interested in European Politics and keenly focused on security and diplomacy from both European and international standpoints. 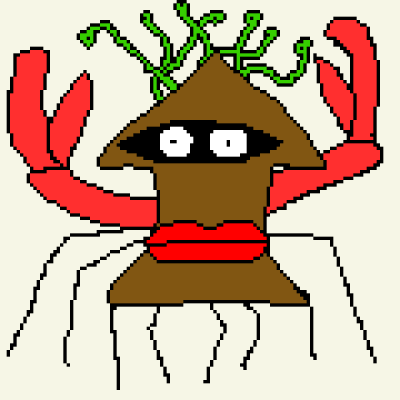